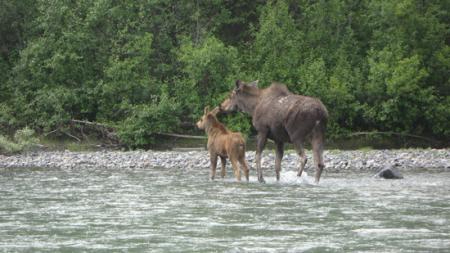 The Dene knew of the existence of seeping oil and called the area Le Gohlini (meaning "where the oil is"). Imperial Oil began drilling wells for crude oil in 1919 and built a small refinery.  Although the refinery has opened, closed and been rebuilt over the years it currently remains closed when, in the spring of 1985, the Norman Wells pipeline was completed, linking Norman Wells to the south.

Access is primarily by air with Yellowknife being 684 air km away.  Winter roads in the Northwest Territories are open for approximately 3 months of the year.

For the most up-to-date winter road conditions, visit Winter Roads.

The Mackenzie Valley offers visitors a glimpse of traditional Metis and Dene lifestyles alongside rugged mountains, river adventures and breathtaking scenery. Wilderness day trips, fishing for arctic grayling, northern pike & world-class lake trout are just some of the popular activities in the area. 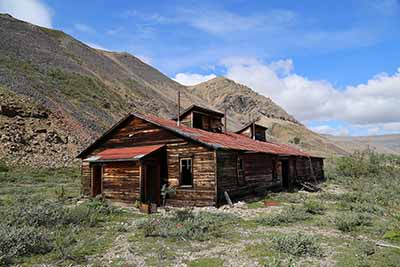 The Canol pipeline was considered the greatest construction project of its time, but it remains a shamefully forgotten period of Canada’s war years, largely overshadowed by the concurrent Alaska Highway project. Under threat from Japan’s attack on Pearl Harbour, the U.S. Government mobilized an army to build a pipeline from Norman Wells to the Yukon border – fuel thought to be needed for aircraft and vehicles, should the threat to the Alaskan coastline become real.

Including distribution lines, nearly 2,700 kilometres of pipe—more than twice the length of the Alaska pipeline—were laid in less than two years and in 13 months of operation, plagued by poor workmaship and spills, the pipeline was abandoned.

Today, hiking the spectacular Canol Heritage Trail can be one of the most rigorous backpacking experiences ever.  The 355-kilometre trek follows the route of the defunct military road that once transected the Mackenzie Mountains, taking about 3 weeks to complete.

One of the great rivers of the world, the Mackenzie River is Canada's largest river. Starting at Great Slave Lake, it curls north and heads straight to the Arctic Ocean, a whopping 1,738 km long and draining 20% of Canada's water.

Near the Arctic Circle, Norman Wells is where the adventure begins for many hunters in the Northwest Territories - home to grizzly bear, wolves, Dall's sheep and woodland caribou.  The watersheds, rivers, basins and mountains in the northern Mackenzie Mountains of the Northwest Territories offers arguably some of the best hunting in the world.  The untouched remoteness of this area, accessible primary by bush aircraft, is beauty and bounty unlike any other.

National Parks in the Northwest Territories